Shareful Islam Palash founded his own fashion label mOWN to present his inspirations in a modern way with a touch of Sufi mysticism. His debut collection featured rich hues of red and yellow contrasting with stark stone-like greys.
by Anjori Grover Vasesi 03-May-2022  |  5 mins read Shareful Islam Palash is a Bangladesh-based young and upcoming Fashion Designer who started off by blogging and writing about textiles and fashion prior to launching his own fashion label.

Born in Dhaka, Bangladesh, Palash decided to study both Textile Engineering and Fashion Design in pursuit of his early enthusiasm for textiles and fashion.

While he was studying for his Diploma in Textile Engineering, Palash started to gain popularity in Bangladesh, India as well as Pakistan for his effective writing. In 2012, when he was just 18 years old, Palash was selected by a Turkey-based company called Textile Radder and was recruited by them to work as their Country Representative owing to his unparalleled skill set in the field.

Immediately after his graduation in Textile Engineering, when Palash turned 20 years old, he was recruited to work as a Lecturer in Bangladesh. He continued to do this for one-and-a-half years prior to embarking upon his journey to study fashion overseas.

Having graduated in 2018, Palash designed a collection based on the concept of Sufism while still studying in University. “Sufism is known as ‘Islamic Mysticism’ in which Muslims seek to find divine love and knowledge through direct personal experience of God,” Shareful Islam Palash, Founder of mOWN, said.

“Mysticism is defined as the experience of mystical union or direct communion with ultimate reality, and the belief that direct knowledge of God, spiritual truth or ultimate reality can be attained through subjective experience (as intuition or insight). Both the terms ‘Sufi’ and ‘Sufism’ and Sufi beliefs have no basis in the traditional Islamic sources of the Qur’an and Sunnah, a fact even admitted by themselves. Rather, Sufism is in essence a conglomerate consisting of extracts from a multitude of other religions with which Sufi’s interacted,” he added.

Drawing inspiration from the same, Palash designed a two-piece collection to project the skills he learnt while studying textile engineering and fashion.

Commenting on the same, he said, “It all started when I found out about Sufism. Sufis have been characterised by their asceticism. They follow their own orders. Basically, a Sufi is primarily a perfect man who exemplifies the morality of God and sees him as a leader and spiritual guide. This impressed me so much that it inspired my whole collection.”

He further added that nowadays, some self-proclaimed Sufis play with people’s mind and misuse their trust and faith.

So in order to combat the same, he decided to present his inspirations in a modern way with a touch of awareness for those people who trust such Sufis blindly and experience negative occurrences.

His debut collection featured rich hues of red and yellow contrasting with stark stone-like greys. Details such as tassels, Urdu iconography and flared silhouettes made a marked appearance to channelise the inspiration derived from Sufism.

Palash also has to his credit, an experimental avant-garde skirt that has been inspired by the famous Costa Rican boruca masks. Details include panelling and proportion play with immaculate tailoring.

For his third collection, Lost in Dreams, Palash took fancy in the monochromatic palette of black and white to present everyday pieces with a poetic touch to them.

Standout looks included a half-body wraparound sheath sort of piece that invoked a balance between the yin and the yang.

Palash’s flair for writing seamlessly filters down into his collections to create thought provoking ideas that can transition across geographical boundaries.

Having gained relevant exposure from his roots in Bangladesh and also his years spent studying abroad, Palash has come to refine his palette to cater to the needs of the evolving consumer of today who seek fashion but with a little bit of heart.

Bangladesh spinners not getting ordered cotton as local agents sell it to other parties: Reports

Five product categories to invest in based on...

Decoding Fall/Winter 2022 with the Modest Vintage and... 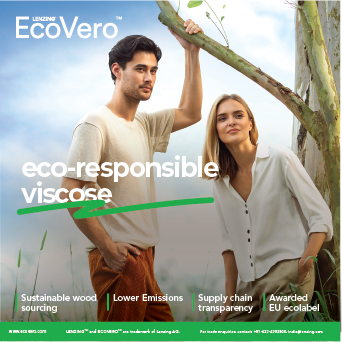